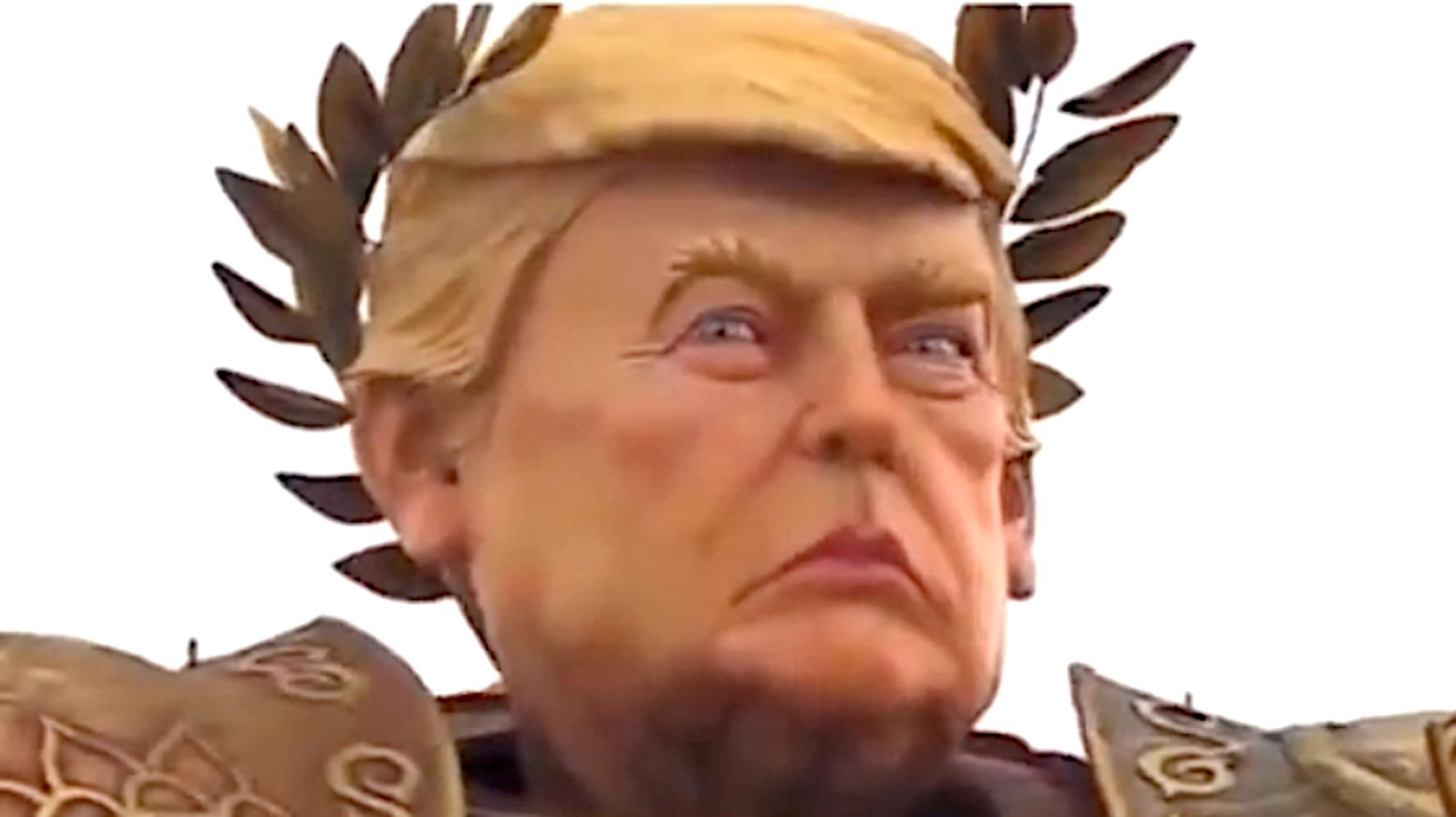 If anyone had any doubt Donald Trump and Donald Trump Jr. are not fans of democracy, they’ll have to check out the Trumps’ embarrassingly arrogant MAGA royalty memes featuring themselves on social media.

Trump Jr. fancies himself “THE GREAT MAGA PRINCE” in the manner of Russian royalty in an image he posted on Truth Social on Sunday. (He’s also now hawking “MAGA King” shirts.)

Donald Trump reposted a message and video on Truth Social from another user Saturday of a Napoleon-like emperor with Trump’s face — and talons. The image appears to be modeled on the God Emperor character from the dystopian cyber game “Warhammer 40,000.”

Trump’s Truth Social posts were all available on Twitter Sunday under @PresTrumpTS. He pleaded with everyone to “please follow and retweet.”

Trump vowed last month not to return to Twitter, which permanently banned him for his role in last year’s Jan. 6 insurrection — even if Tesla CEO Elon Musk acquires the company. Trump vowed to stick with his own Truth Social, calming nervous investors for the time being.

“They tried to mock Trump with this,” noted the Truth Social user Trump reposted. “It had the opposite effect.”

Both father and son were inspired to make the imaginative leap to authoritarian rulers by President Joe Biden’s comments calling Trump the “great MAGA king.”

“Under my predecessor — the great MAGA king — the deficit increased every single year he was president,” Biden told the International Brotherhood of Electrical Workers conference in Chicago last week.

That was music to the ex-president’s ears.