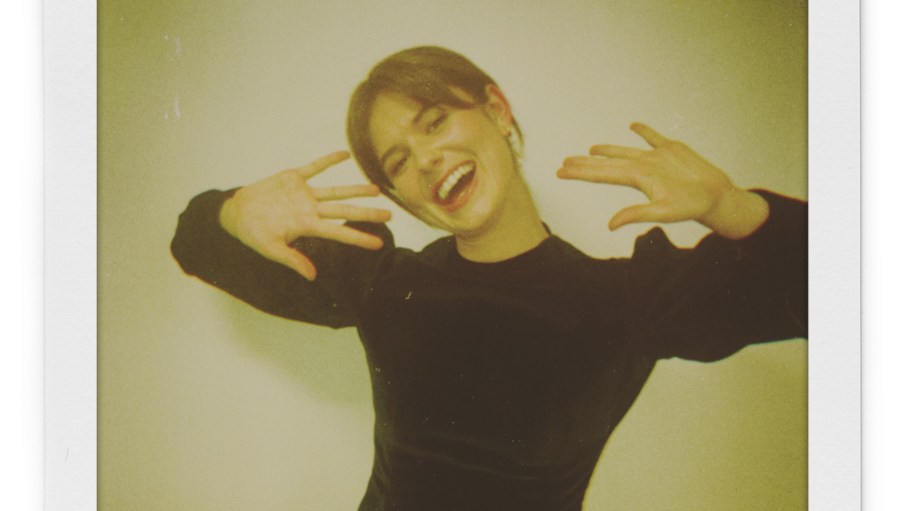 Hulu struck streaming gold in 2020 with the screen adaptation of “Normal People,” pairing Irish author Sally Rooney’s story with the filmmaking approach of director Lenny Abrahamson. The team has now reunited to bring Rooney’s debut novel “Conversations With Friends” to the screen.

The show marks the screen debut for the 23-year-old Irish actress, who graduated from the Lir National Academy of Dramatic Art in Dublin in 2020 and booked “Conversations With Friends” soon after.

“I had read the book before I auditioned or knew they were doing [the series], and just absolutely loved it,” says the actress, who went through a standard audition process. “I felt really lucky that the first thing I was doing was Irish,” she adds. “And that I was doing something in a part of the world I really understood and could recognize immediately.”

The actress was well acquainted with the premise of being a young female creative in Dublin. Oliver portrays Frances, a nervous college student who performs slam poetry with her ex-girlfriend. The pair befriend a married couple and the relationships between the various character permutations turn complicated.

“I connected to this stage in [Frances’] life; she’s still so young, and she’s figuring out who she is, and through that she is a little bit lost in finding her place in the world,” says Oliver. “Also, I was really compelled by the intense female friendship that we see between Bobbi and Frances; I think Sally [Rooney] writes that so well, and she understands female friendships and all of the little details and nuances that take place, especially at that age.”

The book is rooted in Frances’ internal narration, juxtaposed with what is said out loud. “Sally is unafraid to put down on the page all the different things that we might be afraid to talk about or admit that we feel or think. I read [the book] going, ‘oh — I’m not the only person that thinks or feels that way,’” adds Oliver.

As the title implies, the magic of Rooney’s stories shines through interpersonal relationships. The stakes were high to get the chemistry between the four costars right.

“All of their relationships with each other are so unique and incredibly written. Thus I think it’s really exciting as an actor to get the opportunity to step inside that. It’s like, oh, what does that feel like? Or, how do those conversations play out? What’s happening in [Frances’] head might be different to what’s actually happening between them in person.”

Oliver credits the time spent talking through the nuances of all the relationships prior to filming — conversations with costars, if you will — over Zoom and email.

“We all came in and were like, ‘what do we think about this relationship, and why do you think they behave this way together?’” says Oliver. “We had so many conversations about all of their dynamics and the things that they feel about each other, think about each other, what they’re defensive about, what makes them feel vulnerable. What one person is reading from another — we interrogated that with Lenny,” she adds, describing Abrahamson’s filmmaking approach as intimate, sensitive and close. “There was so much pause, consideration and detail into each moment or look and silence. Nothing was thrown in there. Everything was charged with a reason.”

Oliver has seen the completed 12-part series and is excited for the conversations it might evoke for viewers. “I just can’t wait to see what people think and for it to be shared,” she says. “So it’s a surreal kind of thing, watching yourself for the first time, but also fun and exciting.”

It won’t be her last time. Oliver was in London ahead of the release of the series, filming a four-part drama, “Best Interests,” for BBC.

The actress, who grew up in a family that valued performing arts, started taking drama classes when she was 11 at a stage school in her hometown of Cork, Ireland.

“And absolutely loved it,” Oliver says. “There wasn’t a set moment where I was like, ‘Oh, OK, I’m going to pursue this.’ I just kind of kept doing it. And then I was finishing school, and my mom and dad were like, ‘what are you going to do?’ And I was like, ‘I think I’m going to do the acting thing,’” she adds. “And then I went to drama school. I guess once I started, I didn’t stop.”